You can call them tea cup pigs, mini pigs, micro pigs, or micro mini pigs but in the end they’re all the same thing; a marketing ploy developed by breeders to encourage the sale of potbellied pigs that are almost always abandoned when they get too big to be “cute” in a house.

Over the past couple of weeks, a self-proclaimed animal lover and “tea cup pig” aficionado tried to convince London City Council to allow these pigs in residential neighbourhoods to be kept as pets, especially given their alleged small stature. 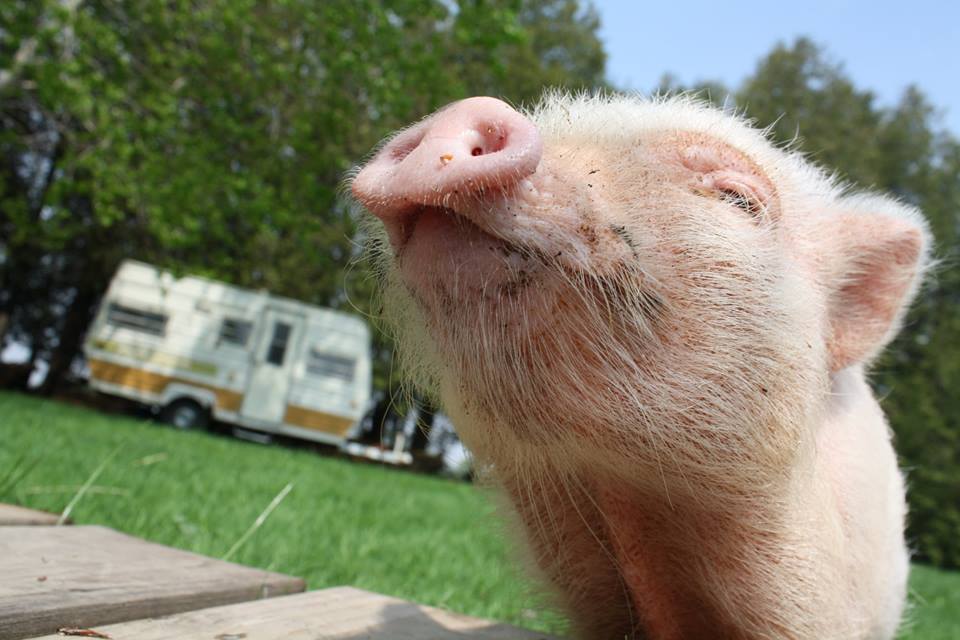 However, nothing could be further from the truth. We end up caring for miniature pigs that grow too big, after their owners abandon them or give them away. People are fooled into buying these little pigs from $300 to $2,500, thinking they’ll stay small. The real issue is that most breeders mate their pigs at only three months old, giving the illusion of fully-grown miniature pigs. Essentially its baby pigs forced to make more babies.

Despite the fact that potbellied pigs remain smaller than standard farm pigs, they still grow to between 100 to 250 pounds, far heavier than other residential pets like dogs and cats.

Cedar Row was interviewed by a few media outlets regarding this story and we didn’t hold back on why lifting this ban was a bad idea. Most sanctuaries in Ontario (including Cedar Row) are full and a number of them won’t take in potbellied pigs as they don’t consider them farm animals. Lifting the ban would create even more of a headache because there simply isn’t enough room to care for abandoned pigs and the request to rehome them would be astronomical.

Here are a few links to the stories on this issue from around London:

A pig tail at city hall

Here are two older stories from late 2015 detailing the struggle we faced last year when we took in and rehomed 18 potbellied pigs (even before any sort of residential ban being lifted!)

Currently, the Community and Protective Services Committee (CAPS) of London City Council has decided against lifting the ban; this is good news for sanctuaries and even better news for pigs.

View all posts by CR Admin 2

3 thoughts on “Pigs in the city” 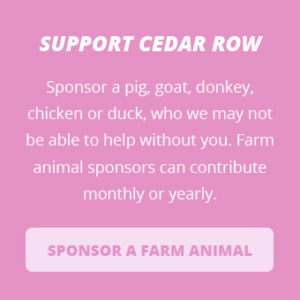 Please join us on Saturday, May 16th, 2020 from 11 AM until approximately 2 PM for a work visit at the sanctuary. This event will be followed by a delicious vegan potluck. Work visits are[...]
View Calendar
Add